NOCTURNAL BIRDS OF PREY AND THE TYTO ASSOCIATION

In a dark city street, the lamppost is flickering unceasingly. Moths crowd around to get close to the light in the spring night, crashing against the pane again and again. From the shadows, a small owl appears. With a loud snort, it emerges as a bolt in lineal flight and catches one of the insects. After surrounding the lamppost in flight, it reaches the nest box where its female is waiting, suspended from a pine seven metres above the ground. We are in Barbastro, in the province of Huesca. From inside the Scops Owl nest, a small camera records the images that David and Héctor would include the following day in the study of their Tyto Association project. 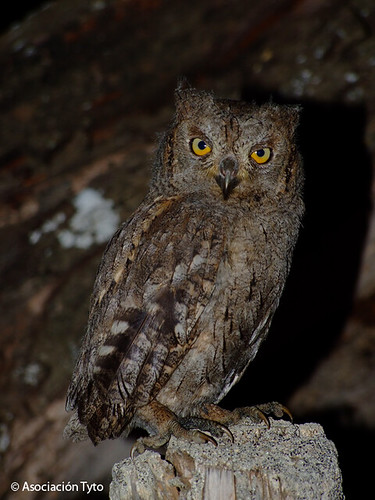 The Tyto Association projects for the conservation of nocturnal birds of prey are developed in the natural environment of the regions located between the Pyrenees and the Ebro Valley. By studying the growth of these birds of prey from inside the nest, the association gives scientific, informative and educative value to the information obtained. The Tyto Association focuses on the study of just six species: the Barn Owl, the Little Owl, the Scops Owl, the Tawny Owl, the Long-eared Owl and the European Roller. The latter joined the nocturnal birds of prey due to its current uncertain population status.

This way, nest boxes appear as a conservation system for these species. Thanks to its inserted cameras, new data is discovered that can help to a better conservation and protection of the nocturnal birds of prey. In all these species, the prefabricated dwelling was well-accepted, except for the Long-eared Owl.

For this species it was necessary to adapt some wicker baskets that simulated the corvidae nests it normally uses for nesting. The system created was simple: an IP camera was placed in the nest boxes that had electricity nearby. This is why they were always placed in an urban environment. The cameras send the signal through the local network to a router that sends the secrets of each nest in real time. 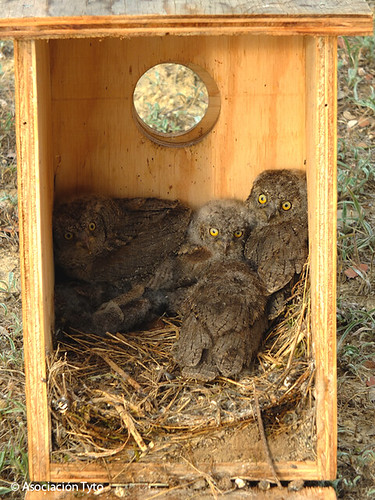 With all this information, they could check the use each species made of their nest boxes, as well as data about the bets. Thus they contributed to reinforce the local population, besides following their evolution.

The obtained data was very useful. Of the five nocturnal birds of prey, the Tawny Owl is the first one to be in heat, which happens in January. It’s followed with a month’s difference by the Long-eared Owl and the Barn Owl. The latest one is the Little Owl, which starts the heat season in March, and the Eurasian Scops Owl, which does it in April.

The Barn Owl can lay up to six eggs, which is the maximum laying of the studied species, although the normal for all of them is about three eggs. It is surprising that the smallest eggs are the Eurasian Scops Owl’s, and the biggest, the Tawny Owl’s. The Tawny Owl starts the incubation again in February, March being the month chosen by the Long-eared Owl and the Barn Owl. The Little Owl ends incubation in May, and the Eurasian Scops Owl, in June. Another conclusion we can draw is that the chicks that stay longest in the nest are the Barn Owl’s, and those which stay shortest, the Little Owl’s.

Three visits to the nest boxes were made to obtain the aforementioned data. The first one during incubation, the second during breeding, and the third one for ringing. The latter was carried out in May in the case of the Tawny Owl and the Long-eared Owl, in June for the Barn Owl and the Little Owl, and for the Eurasian Scops Owl is was delayed until July. As we can see, the Tawny Owl starts the reproductive cycle, which is similar in the cases of the Long-eared Owl and the Barn Owl. Always followed by the Little Owl with a month’s difference, and it is the Eurasian Scops Owl which starts and ends latest. 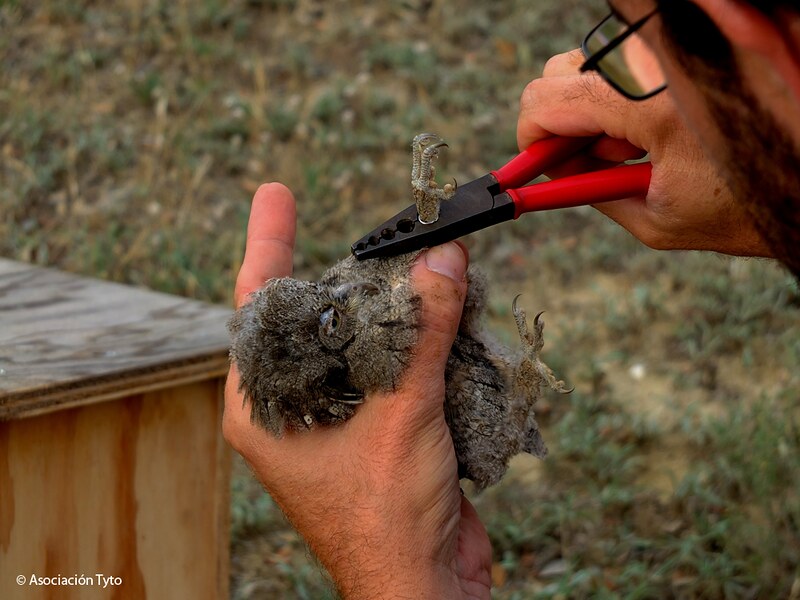 The Tyto Association carries out parallel activities with educational centres of information and placing of nest boxes. The programme includes workshops for the construction of nest boxes and ornithological outings to encourage awareness amongst the youngest towards these nocturnal birds. Moreover, it also contributes to promote tourism in Aragon, making its environmental resources known. 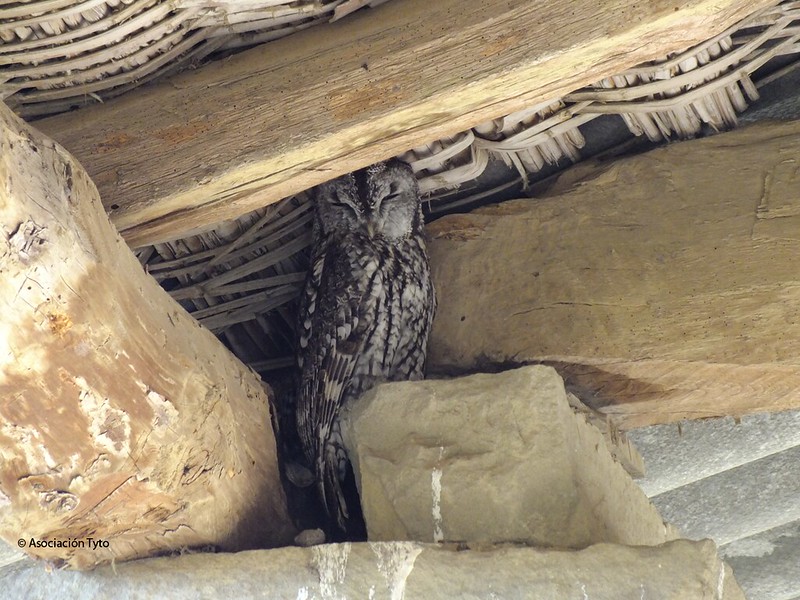 As we know, nocturnal birds of prey have become such an icon, due to their wild look and their great adaptation to the urban and rural environments. They are real natural pesticides that we should preserve due to the status of their populations. They are really damaged due to the abandonment of traditional agriculture, the lack of food due to pesticides, the deterioration of their habitat and the plundering of their nests. They are also affected by run-overs, electrocutions on power lines, hunting and the taking of fledglings by non-qualified people. 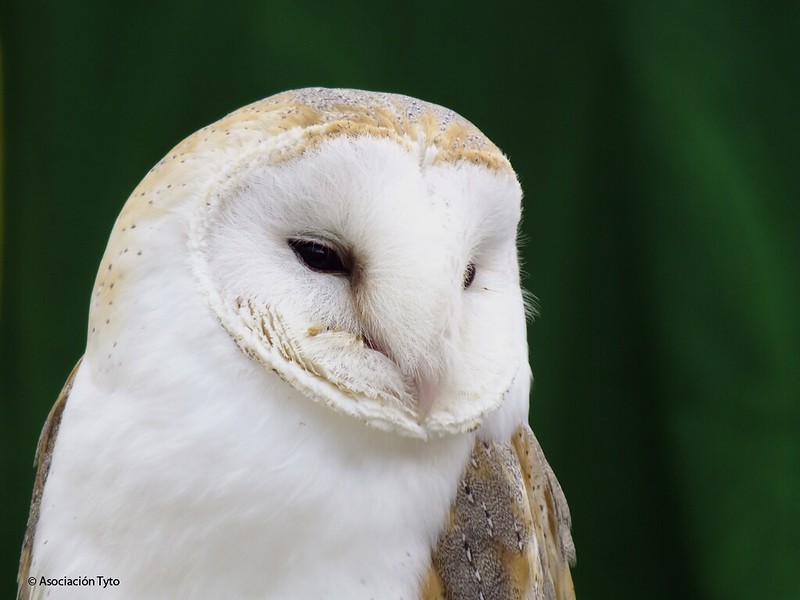