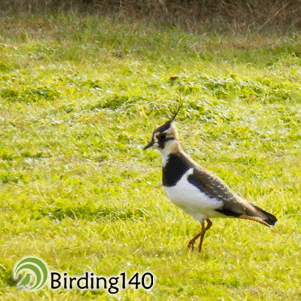 On Sunday 1 December we visited Villafáfila, one of the largest wetlands in Europe for birding. Our objective was to catch sight of the large groups of cranes which congregate on the lakes at the end of the autumn, perhaps a red kite and, if we were really lucky, a bustard specimen too. The latter is very difficult to spot at this time of year, because bustards change colour to blend in completely with the landscape until the spring arrives.

Our first stop in Villafáfila was at the Revellinos observatory, on Barillos lagoon. We were unable to find any cranes here, but we did manage to see a large flock of greylag geese.

In the mid-morning we headed for information center Casa del Parque, a nice little interpretation centre which is also ideal for observation thanks to its artificial lake, where it is possible to spot a large number of birds from a short distance. The complex’s buildings simulate old dovecotes. In fact the Casa del Parque building has a dovecote on its top floor, the inside of which can be seen through small windows. If you go to Villafáfila make sure to visit Casa del Parque, where the staff are very friendly and attentive, and will inform you first-hand of the last sightings.

On the Casa del Parque lagoon we were able to spot ducks and mallards, and at long last the red kite, with a group of four specimens no less.

At around two in the afternoon we left Casa del Parque with the intention of finding a red kite perch where we could observe the bird closer up. This is a difficult task, as it is a very timid animal which usually keeps its distance from man. We found a suitable place, a dovecote from which we saw a large red kite taking flight in the distance. We hid and waited for two hours, but nothing, all that appeared was a solitary redstart.

We gathered our things and started on the path back to the house. As we travelled along the road surrounding Barillos lagoon, in not even five minutes we were able to catch sight of a distant red kite and, finally, the longed for cranes, in a small group moving away from the lagoon.

And this marked the end of our first day’s birdwatching as a Birding140 team. What did you think? How have your birding experiences been?