THE MYSTERY OF THE MISSING SPARROW (PART TWO) 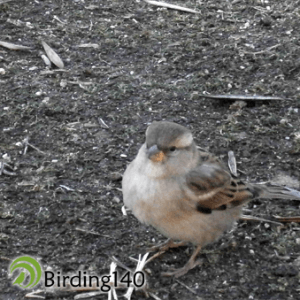 As we said last week, we need a new clue to figure out the mysterious decline of the house sparrow in Europe. Scientists have proposed many different theories on its causes, and today we will talk about one of the most controversial.

We have already travelled to London and Berlin, and today we’re heading to Spain, to the city of Valladolid. Between October 2002 and May 2006, Alfonso Balmori and Örjan Hallberg carried out a study on the house sparrow population in the city, which revealed that it was dropping by 5% each year. So far completely normal, depressingly normal, just like in many other European cities the house sparrow population was decreasing year on year. However, when they were carrying out their study they detected something strange. The sparrow population was lower in areas towards the centre of the city with higher pollution, however the air quality improved slightly over time and, even so, the sparrow population continued to fall. Something was distancing the sparrows from the most polluted areas of the city and it was not the air quality. The researchers had a suspicion, but to be able to unmask the culprit they needed a stroke of luck.

To tighten the noose on electromagnetic pollution as a suspect we need to figure out how it could affect the house sparrow. Could it directly affect its body or indirectly alter the natural environment which sustains it, making its survival more difficult? There are many possibilities. It could affect the sparrows’ health or their ability to reproduce. They could also suffer an aversion to areas with higher electromagnetic pollution, settling in other areas even if they are less favourable. Finally, it could be that electromagnetic pollution causes a decrease in the insect population and, as we saw last week, that sparrows were unable to appropriately feed their young. The more we research the more questions we encounter. We need new clues to get to the bottom of the mystery.

Many European cities have started to study their sparrow population in recent years, however there is no coordination between these studies. Today, there is much speculation but little proof. It feels like we have reached a dead end. The mystery of the missing sparrow is a mystery with a capital M. Unless we carry out a single study covering the majority of major European cities, it will be very difficult to find the culprit.