When the night falls, little winged frayed silhouettes sail the air. Like ghosts, they cross the streets of our towns and cities. Their long plumes, their facial discs and their unmistakable eyes are designed for lightless life. In the old Europe they have been always associated with legends, covens and superstitions. Their nocturnal habits and being associated to buildings in ruins or of religious nature made the rest in order to demonize nocturnal birds of prey. 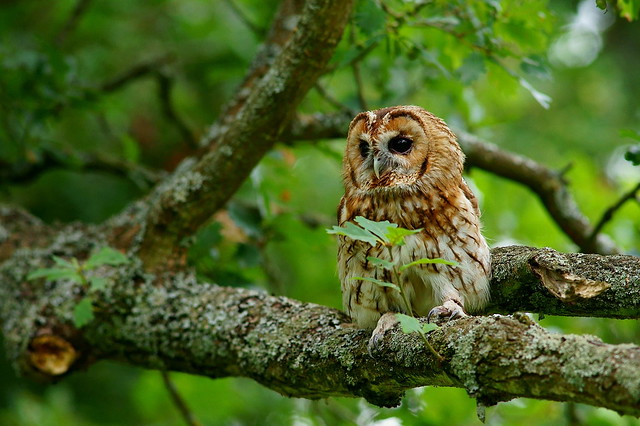 In Spain is still believed that owls approach churches to drink the oil of the lamps and candles. There is a recent anecdote about a local man who found a wounded bird of prey hurt and made it ingest this oil until the employees of a nearby recuperation centre came to help the animal. His intention was obviously good, but so was his ignorance.

There are thousands of anecdotes and tales of this kind in the different European languages. They not helping these raptors that due to their diet eliminate rodent and insect plagues in the country and in the cities. The truth is that nocturnal birds of prey have been for long linked to our houses, both in the countryside and in the city. They have benefited us, but also fed these superstitions.

Types of nocturnal birds of prey in Europe

What first gets our attention when we find a nocturnal bird is its ability to rotate its neck and eyes. Its fourteen cervical vertebrae and the fact that its eyes are frontally located provide it with a visual field of about 110º.

But how does an animal that moves in the dark locate? The key is in its internal ear, full with nerve cells, and in its facial discs that amplify sounds like little parabolic antennas. Moreover, if the prey stops moving when our bird pounces on, the bird is able to correct its position in the dark. The Long-eared Owl, the most nocturnal bird of prey, masters this art, being able to hunt in null visibility conditions.

What do nocturnal birds of prey eat? 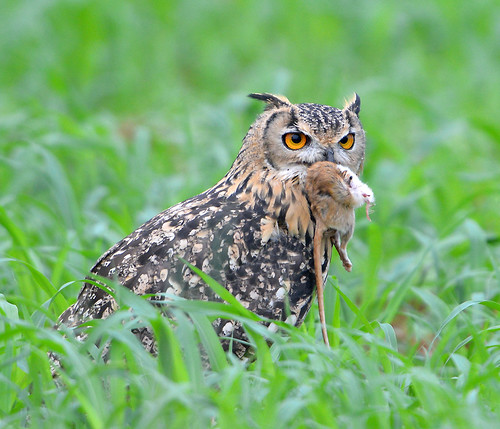 It is surprising that, the smallest the raptor, the largest the number of the preys it ingests. This way, they have an inversely proportional relationship.

The diet of nocturnal birds of prey is different throughout the European continent. We can differentiate between specimens in the north of Europe and in the Mediterranean region. Among the first ones, rodent eaters are: Long-eared Owl, Snowy Owl, Great Grey Owl, Short-eared Owl, Boreal Owl and Northern Hawk Owl. The raptors that eat mammals, birds, amphibians, reptiles, invertebrates and fish are: Eurasian Eagle-Owl, Tawny Owl, Ural Owl and Eurasian Pygmy Owl.

In the Mediterranean region, the most insectivorous species are the smallest ones (Scops Owl and Little Owl). On the other side, both the Tawny Owl and the Hume’s Owl eat invertebrates and small mammals. While the Long-eared Owl eats rodents and the Barn Owl eats micromammals.

About eight hours after hunting down their prey, the solid rests that are not evacuated are compressed in the form of pellets and expelled with contractions through the mouth. Its recollection can be used to identify the owner. For example, the Tawny Owl’s pellets are grey, dry and they shred; while the owl’s pellets are rounded, hard and black.

Let’s see now the pressure these birds apply on other species. Some studies were carried out in Finland proving that the diet of Boreal Owl, Tawny Owl and Ural Owl from February to June came from other birds in a 14 %. In another study, in Scotland, it was observed how the Short-eared Owl benefited from the high reproduction rates of the field vole, reducing its population.

On the contrary, neither the Scops Owl nor the Little Owl seem to have a big effect in invertebrate populations. Anyway, these raptors don’t seem to have a preference for a particular species. Although it seems proven indeed the preference of the Boreal Owl for the Common Chaffinch, and of the Short-eared Owl for the field vole. What is clear is that sometimes the chosen preys are not the most abundant, but the most accessible. Proof of this is the Eurasian Eagle-Owls, which learn to feed on rats from the rubbish dumps.

Which is the largest nocturnal bird of prey in Europe?

Where can we see the different nocturnal birds of prey? 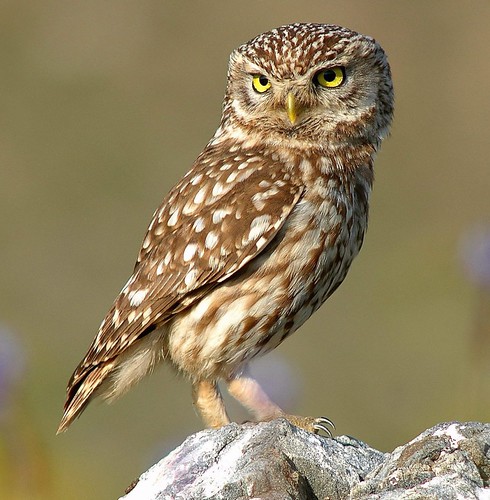 In Europe, geographic distribution of nocturnal birds of prey is characterized by a greater density in medium latitudes. In the north of the continent, the Snowy Owl only shares its distribution area with the Short-eared Owl, while the Eurasian Eagle-Owl, the Long-eared Owl and the Tawny Owl can be found almost with all the other species. Other northern species are the Great Grey Owl, the Northern Hawk Owl and the Ural Owl. Among the most southern species we can find the Scops Owl, the Little Owl and the Barn Owl. An exceptional case is Poland, where we can find all of these species at the same latitude.

According to the type of habitat we can make a different classification of these birds. There is no doubt that nocturnal birds of prey coexist in the same habitats; don’t forget that some species are often present in other species’ diets.

Although tree species are predominant, there are some exceptions like the Snowy Owl that inhabits the tundra, and the Short-eared Owl, which prefer marshlands. The most generalist is the Eurasian Eagle-Owl, which can live in any habitat, except marshlands.

We can divide the forest species between those who prefer deciduous forests (Scops Owl, Tawny Owl, Barn Owl and Little Owl) and those who inhabit mixed and mountain forests (Tawny Owl, Great Grey Owl, Ural Owl, Northern Hawk Owl and Boreal Owl). The exception is the Long-eared Owl, which inhabits both kinds of forests.

Where do nocturnal birds of prey nest?

When it’s time to nest, the typical place is usually a hole in a tree or a nest box. However, the Short-eared Owl, the Eurasian Eagle-Owl, the Snowy Owl and the Little Owl frequently nest on the floor. We can see the Eurasian Eagle-Owl case in Sierra Escalona, Alicante (Spain), one of the densest populations in the world, which is being guarded by ASE. The Long-eared Owl and the Great Grey Owl like to use squirrel’s or other birds’ nests. 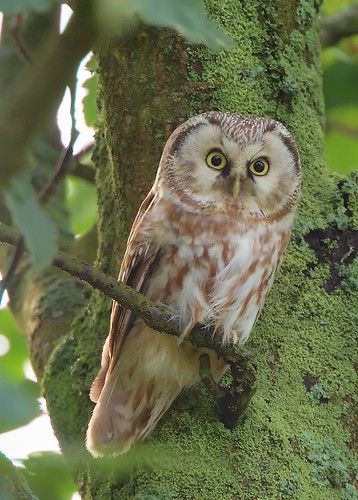 In the cracks of the buildings we can find the Tawny Owl, the Ural Owl, the Barn Owl, the Little Owl and the Scops Owl.

From these lines we want to demystify these birds and awaken some interest in protecting them and preserving their populations. The European Union has established specific protection for the Eurasian Eagle-Owl, the Snowy Owl and the Short-eared Owl. Throughout the continent, different initiatives are being carried out to favour nocturnal birds of prey. For example, the RSPB organized a 24-hour vigilance for the Snowy Owls that nest there in the Shetland Islands.

Taking advantage of the ease with which nocturnal birds of prey nest in nest boxes, our friends form the Tyto Association in Huesca are carrying out investigations about these birds in order to help them survive.

Other efforts to recover these birds of prey are being carried out in Sweden, Germany and Great Britain, with captivity breeding programmes to secure the Eurasian Eagle-Owl populations. In Holland, periodical campaigns of information about the Barn Owl are being carried out, and in Spain, Brinzal organizes information, breeding and recovering campaigns for these species.

But all these efforts are meaningless if we don’t spread the word about the benefits of these birds of prey. If we don’t stop electrocutions and run-overs. If we don’t eradicate poison and, most importantly, if we don’t clean the bad image of these beneficial birds.